Take a guess how much polyurethane is produced every year.  Go ahead, guess.  Here’s a hint:  it’s a commodity product, meaning it is produced in huge quantities each year.

If you guessed 25M metric tons every year, you are either very smart, or you cheated.  That’s a lot of polyurethane.

In woodworking, we know polyurethane as a wood finish.  We’ve written about it often in the past, including how long it takes Minwax Polyurethane to dry, whether water-based polyurethane is food safe when dry, tips for applying polyurethane with a rag, and how to thin poly for spray application, to name a few.

This time, we’ll address how safe or not polyurethane is and whether it is flammable when it has dried.  If you were surprised by how much poly is produced each year, you’ll be very surprised to learn how many common items contain poly beyond the furniture you’ve made in your woodworking shop.  The number of polyurethane products will likely surprise you more. 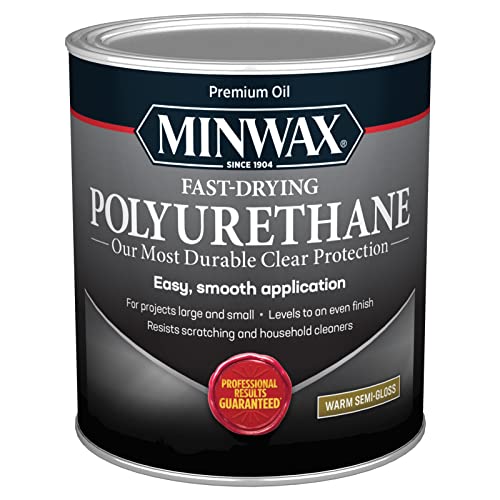 The short answer is polymers and urethane – thus, the name polyurethane.

Polymers exist in the natural world as silk and wool, and even DNA and protein; polymers are also synthetic materials like nylon, polyester, and Teflon.  In short, it is fair enough to say that polymers are some sort of plastic.

Urethane is not really a plastic but is in the rubber family, and sort of in between a plastic and a rubber.

Together, they are mixed with other chemicals (we’ll address them later), and a medium to carry them together, either oil or water.  Oil-based and water-based are the two forms of polyurethane you’ll find, although you are probably more accustomed to using the water-based version.

When applied in liquid form to a piece of furniture in your shop, it will dry to a hard plastic shell and protect the piece from water and liquid spills.  It is a film finish rather than a penetrating finish and can be a good choice for a tabletop where meals will be served, and children will sit.

It applies as a clear coat and allows the natural beauty of the wood to show through, although it is also suitable for painted surfaces as well.  When dry, it is protective and durable., and can withstand both liquids and some heat.

What Else Is Polyurethane Used For? 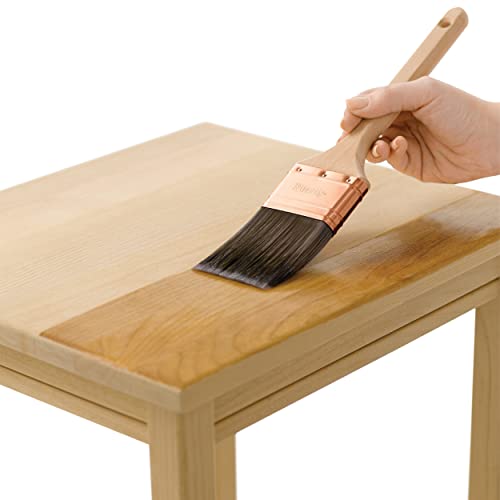 In addition to being a widely used wood finish, polyurethane also comes in a variety of forms.

Polyurethane products are used in:

While this list is not complete, it gives you an idea of polyurethane’s versatility in areas beyond wood finishes.

This leads us to the question of this article.

While polyurethane can be flammable in its liquid form, and to be safe, you should assume it is; there are chemicals that are added to polyurethane during its manufacture that are flame-retardant. It is a material of organic origin, just like wood, and is therefore combustible.  The question, though, is about its flammability.

Pentabromodiphenyl ether is one such chemical, although it isn’t necessary for the context of this piece to know what that is.  It is enough to say this chemical is used as an additive in the manufacture of furniture padding to meet flammability standards for safety.

When using polyurethane, you should always check the product documentation on the can to determine if it contains flame-retardant chemicals.  However, it is wise to be safe and assume it does not and exercise great care in its use, storage, and cleanup.

Whether the polyurethane you are using is oil-based or water-based should also be considered.  Water-based polyurethanes are not flammable, although you should still assume all polys are in their liquid form.

Is Polyurethane Flammable In Its Dry State?

Again, this is not a simple yes or no answer to this question, as it will depend on its chemical composition, as noted in the previous section.  Polys used for marine applications and boat decking are not flammable once they have set and fully dried.  However, a Minwax coat (also made of polyurethane) is flammable.

So, in the absence of data to prove otherwise, you should assume that polyurethane, generally, is flammable.

We did learn in researching for this piece that poly is used, or at least was used, in fire stops in buildings, but that treated polyurethane was a part of their construction.

Safety first, again, suggests you treat all polyurethane as flammable and not fire-resistant unless you have the documentation to prove otherwise.

Be sure to use a dry chemical extinguisher to put out a polyurethane fire, and wear a respirator. In fact, it is wise to keep a respirator in your woodworking shop for reasons other than just polyurethane use (especially oil-based).

This is where we will speak about rag disposal.  If polyurethane is in liquid form, and a rag has been used to clean up a spill or excess poly on a job, the rag must be disposed of properly so as to avoid the possibility of spontaneous combustion.

The process of oxidation with the fumes of poly emitted from that rag can lead to a quick burst. Follow these rules:

Don’t take our word for it.  You can rely on our go-to source once again, This Old House, for guidance.

In the end, it’s simply safe to assume the worst and then make plans to address that worst if it happens.  Better to have made the plans and not need them.  Safety first is the rule.