Is it bandsaw or band saw?  And what is a band saw, anyway?  With so many types of saws to choose from for the home woodworking shop, where does a band saw fit on the list of must-haves?  And, who makes Rikon band saws if not a company with Rikon in its name?

Many questions to answer, yes, but let’s start at the beginning.

What is a Band Saw?

We’ve written in the past about bandsaws, and you’ll find some of those previous pieces here, here, and here.  Portable bandsaws, cutting straight lines with bandsaws, and more were covered in those pieces.  In this piece, we will cover some of that information, but if you want to learn more, check them out for greater detail.

Bandsaws are power tools with a long, continuous, toothed blade held in a vertical position that is stretched between 2 wheels, one powered, one for guidance, that keep the blade circulating continuously.  They are capable of cutting both wood and metal as workpieces are pushed across the bandsaw table, usually made of cast iron for strength and stability,  against the saw blade.

A bandsaw’s strengths are in the types of cuts that can be made, cuts that your table saw, for instance, can not make.  For instance, curve cuts are a particular type of cut a bandsaw is well suited for that neither a table saw nor a miter saw can make.

While a jigsaw is also capable of making curve cuts, it can not compare with the bandsaw for such intricate cuts as cabriolet legs and irregular shapes.  Bandsaws are also very good for resawing lumber or ripping large slabs of wood into thinner slabs.

The projects you are planning to undertake will determine whether you should invest in a band saw.  While they are not as inexpensive as other saws in your power tool inventory (like circular saws and miter saws), they do serve a very useful and unique purpose that not even your table saw can accommodate.  We did not include a band saw on the list of power tools a beginner should have, but once you are no longer a beginner, we know you’ll begin to consider adding a band saw to your shop.

Blade pressure also must be considered for safety reasons as well as clean cuts. Tension is important for a straight and accurate cut, too.   Manufacturers generally recommend a tension of between 15,000 and 20,000 PSI for a typical carbon steel blade.

On the very low end, a 9” bandsaw can be found for just under $200. You’ll be limited in the size of the largest piece you can cut safely, but it is under $200.   A 14” bandsaw can run you between $800 and $1500, depending on the make and model.  Remember that the size (14” in this case) refers to the distance between the blade and the throat  Your options with a 14” size grow considerably over the 9” size, of course, and it might be wise to anticipate that need from the beginning.

Prices only go up from there, with 15” bandsaws in the mid-$2000s, 18” bandsaws in the mid-$3000s, including one we will discuss below, and all the way up to industrial size bandsaws from $4000 – $50,000.  Of course, for the woodworker’s home shop, nothing that expensive would be necessary, and probably wouldn’t fit in your shop anyway.

If a bandsaw is a power tool your projects will need, a 14” saw for under $1500 will likely be adequate for your needs, and the lower end of the range for that size, if shopped for well and on sale, won’t break your budget.  But, read on to learn a bit more about the 18” band saw options. 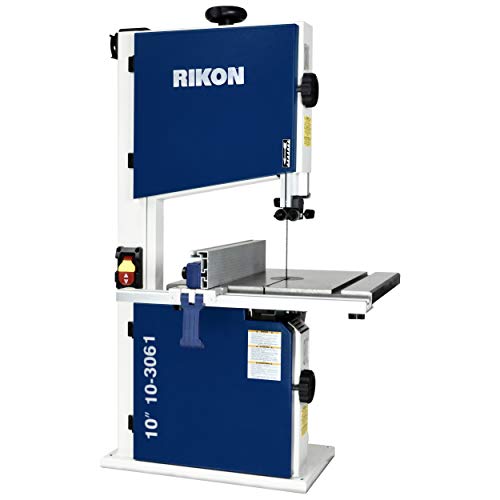 One of the recent common names in bandsaws is Rikon.  Rikon Power Tools was founded in 2000 by Erin Riley and manufactures a variety of power tools, including band saws.  It made a name for itself from the start with reasonable prices coupled with innovations in band saws.

Its bandsaws range in size from 10” to 18” (remember what size refers to  – the distance between blade and throat, determining the largest piece of wood you can cut safely).  In addition, though, Rikon also makes drill presses, benchtop sanders, jointers, and jointer/planers.

From its website, Rikon states it has an ISO9001 certified factory in Qingdao, China.  Qingdao is located in Shandong Province, on the coast of the Yellow Sea in the east of China opposite South Korea.

You may not know Qingdao, but perhaps you’ve had a cold bottle of Tsingtao Beer, which is brewed in Qingdao.  It was occupied by Germany for about 15 years in the last 1800s into the early 1900s, and beer was a lasting effect of that occupation.

The answer to the question of this piece is Rikon, and the bandsaws are manufactured in China.  But, often the motors that are installed in the Rikon bandsaws are made in the US, shipped to China, installed at the Rikon plant in Qingdao, and then the saws are distributed all over the world from there, including to the US. 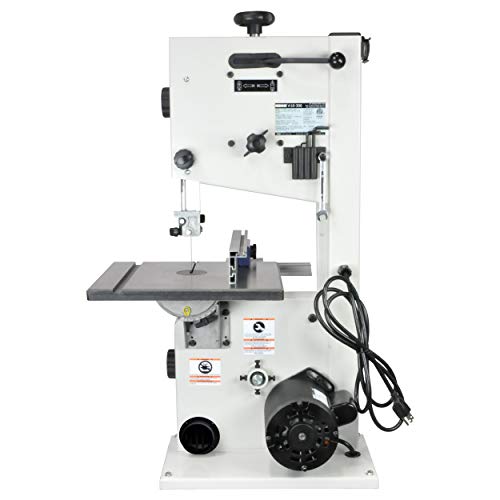 This is not an uncommon manufacturing practice.  For instance, while the Ford F-150 truck, ubiquitous in television ads and on the street, is assembled in the US; but, the parts used in that assembly are brought to the assembly plants from various places outside the US.  In the case of Rikon and motors, some motors are made in the US, and the bandsaws are assembled with them in China.

In researching for this article, we did find some negative comments about Rikon bandsaws, but in fairness, they were not very recent.  Rikon states on its website that it listens to its vendors and customers and takes feedback seriously in updating its designs.  In more recent news, we did find very favorable comments about Rikon’s bandsaws, and in particular its 18” model.

That model, Rikon 10-345 18” Band Saw, comes with a 142” blade and a large cast-iron table that can tilt left without changing the 0-degree stop.  That tilt to the left is 10-degrees, and the tilt to the right is 45-degrees, meaning it can make miter cuts.

We read a 5-star review that ranked it at 5 stars for performance, features, ease of use, and price point.  In case you are curious, prices range from $3300 to $3800 among the five vendors we visited.  Some offer free shipping, while others charge separately for it.  A smart shopper will check with multiple vendors to find the best price/shipping combination if you are interested in this model.

This model comes with a large, cast iron table and a built-in fence for straight cuts.  With a ½ inch blade, making those resawing veneer or board cuts would be easy and accurate, and with the fence,  which is both movable and removable, it would be very safe. 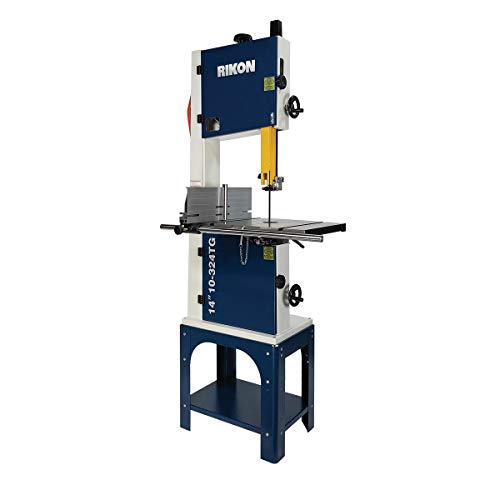 The answer to the article’s opening question, then, is easy – Rikon Power Tools makes Rikon band saws.  They are made in China; some models come with US-made motors, and woodworkers generally find the Rikon band saws to be good investments.

As one commenter wrote in a discussion of Rikon band saws – where they’re made and who makes them isn’t as important to him as how they do their job.  He had a Rikon, loved it, and found it to be reliable after 4 years.

If you’re considering a band saw for your woodworking shop, Rikon should be on the list to look at and consider.  Reasonable pricing, good features, and a solid table, are all features that should impress. 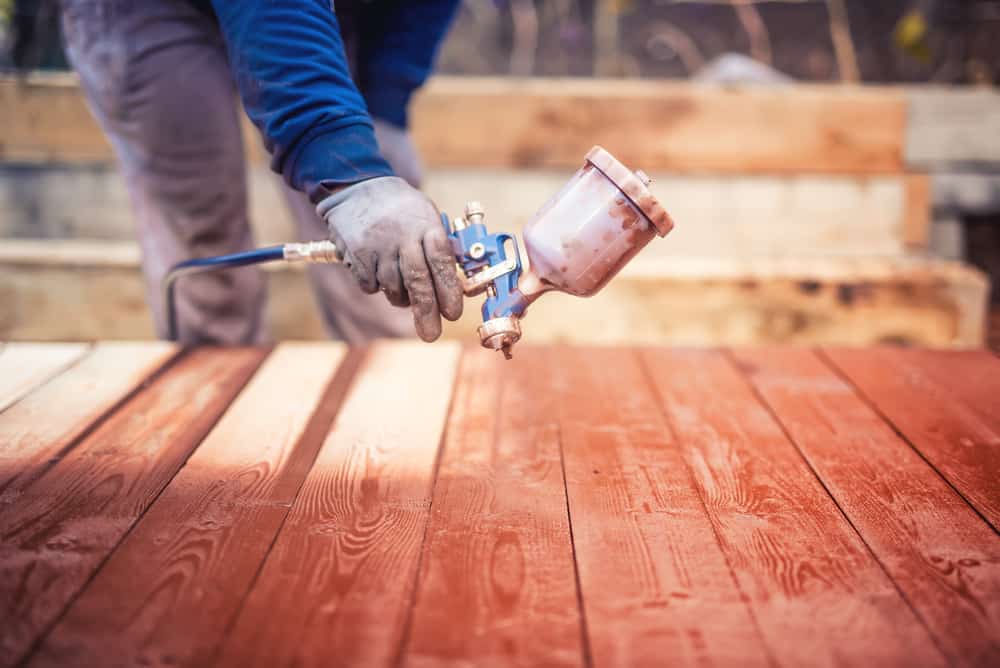 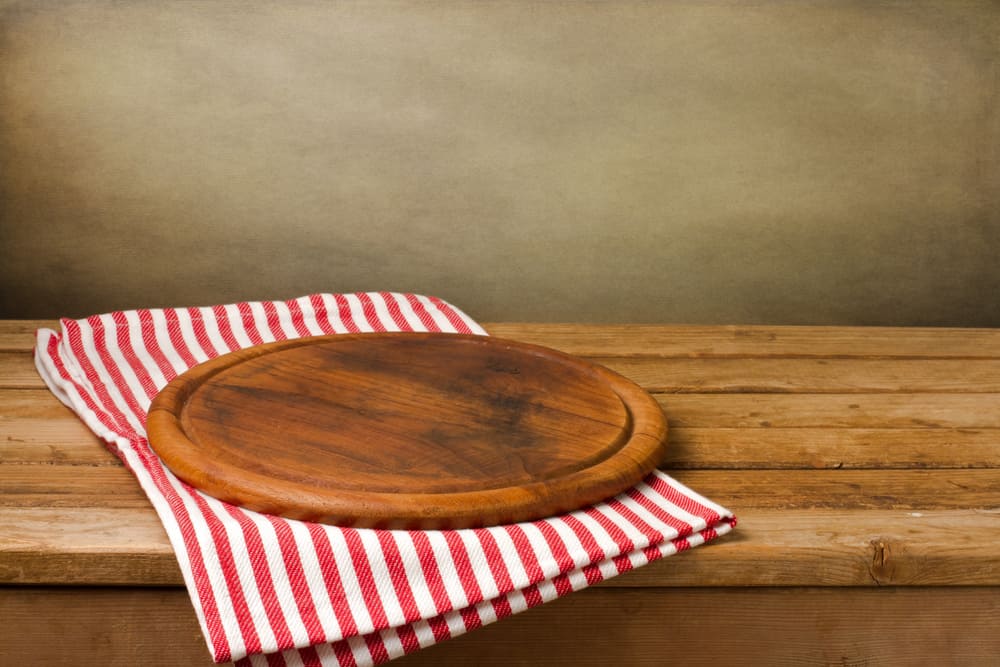 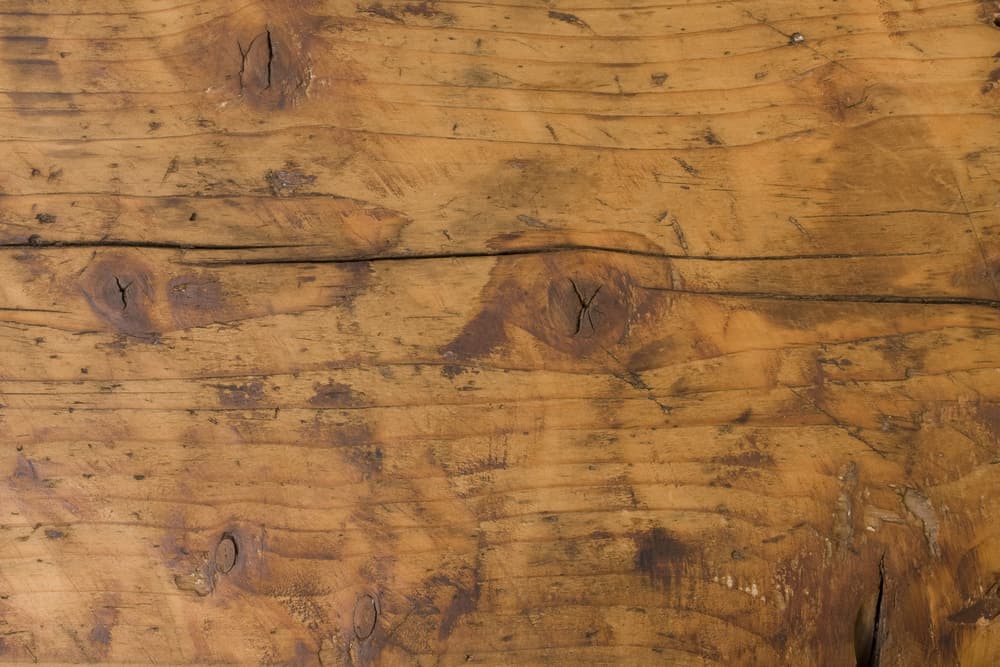 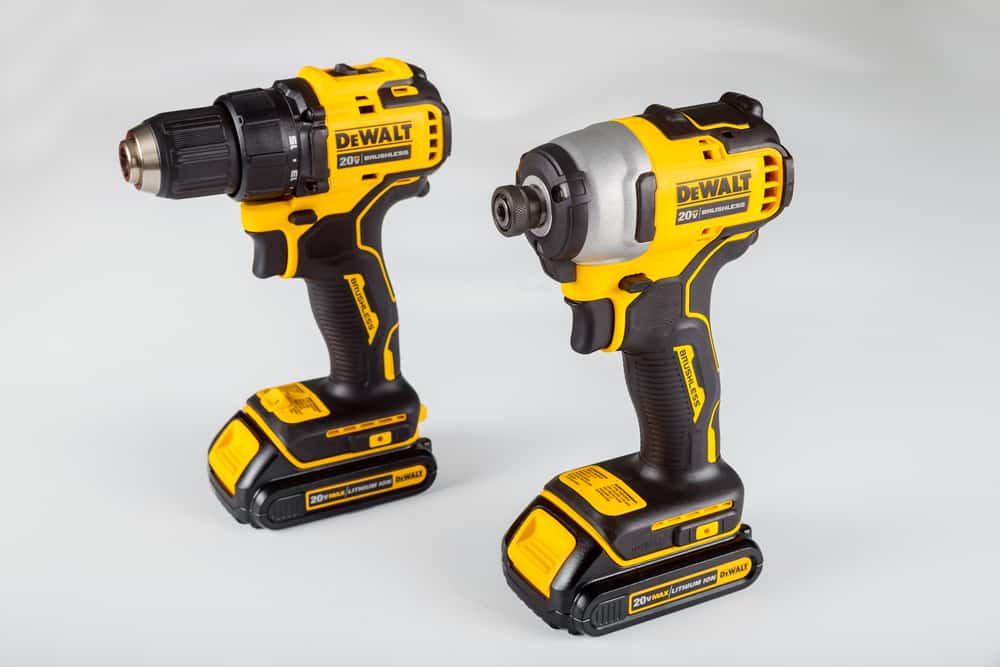