A power tool easily transported and brought to the workpiece, a guarantee of a straight cut when ripping boards or plywood, or for cutting floorboards or panels:  these are valuable capabilities in a woodworking shop or for a DIY home project.  Where table saws might have been used in making these cuts in the past, today, there are track saws.

What Are Track Saws?

In an earlier piece on how a track saw works, we likened them to the toy train sets we had in our youth.  We set up the tracks and all the cool things that came with them – trees, buildings, the station, bridges, and all – and the trains rode smoothly on the tracks.  The train wheels were concave, where they engaged the tracks and were held on course as a result.

Track saws are their equivalent.  The enclosed blade of the saw cuts straight as the runners on the base of the saw fit in the grooves of the tracks and glide straight and true.

The blade sits right at the edge of the track, and if your measurement along the line marking is accurate and the tracks are aligned with that mark, the cut will be both straight and how you want it to be.  The track lays flat on the surface of the piece you are cutting, and a sticky base holds the track in place.  All you have to do is move the saw along the track.

The saw itself is versatile, too, and will serve as a plunge saw when you need one.  You can set a precise cutting depth, and the track will hold that depth steady as you make your cut.

The Advantages of a Track Saw 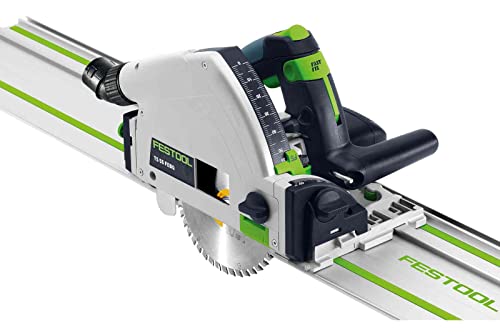 Track saws are terrifically convenient since, as we said, you bring the tool to the workpiece, not the other way around.  They are:

With this list of capabilities, it is easy to see why corded, and cordless track saws have become both popular and common in woodworking shops.

Add to that list the ease of dust collection.  The blade is encased (unlike a circular saw), and most models come with a port to which you can attach a dust collection hose.  Cleanup can be very easy after using a track saw.

Angled cuts can also be easy, as we noted, whether miter or bevel.  Simply lay the track, set the angle, and cut.  In theory, then, a track saw can replace a table saw, a circular saw, and a miter saw.

Is Festool The Only Company That Makes Track Saws? 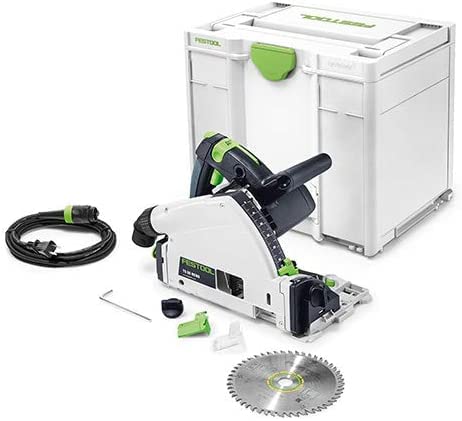 No.  Festool has lots of competition when it comes to track saws and systems.  Other power tool companies manufacture and sell very decent track saws and systems and should be considered when you’re in the market for one.  While product reviews rank the Festool track saw highly as a quality tool, it is not the only show in town.

Festool made the first plunge saw that ran on a track in 1980.  Its reputation for quality manufacturing and craftsmanship is well-known in the woodworking industry, and its tools are priced accordingly.  A Festool track saw and system runs between $800 – $1000.

Makita also makes track saws with basically the very same capabilities as the Festool models.  However, they are priced much lower, running between $475 and $625, depending on the model.

We wrote a piece in the past about using Makita tracks with a Festool track saw and noted that it is possible.  Why you might ask, would you want to?  Because the Makita tracks are less expensive.

While the tracks of both Makita and Festool are of high quality, made of aluminum, and with cross sections that are virtually identical, there are some differences, especially with the guide rail, the splinter guard strip, the non-slip strips, the anti-tipping features (very different), and the lengths of tracks.  In our earlier piece, we ended up recommending you stay in the family – Festool tracks with Festool track saws and Mikita tracks with Makita track saws.

DEWALT has models in the game, also.  They are in the same price range as the Makita offerings and run between $525 and $625, depending on the model.  DEWALT enjoys a good reputation in woodworking power tools for its craftsmanship and value.

Kreg, less well known than Makita and DEWALT, nonetheless should be considered for its track saws and sets.  Their models are at a lower price point and run between $300 and $400, depending on the model and set.  We have and enjoy using a Kreg track saw in our own woodworking shop.

Is The Higher Price Worth Paying for Festool Track Saws?

The Festool Domino, for instance, was a game-changer in the making of mortise and tenon joints easily and quickly.  It was capable of functions that make it unique, doing something no other tool could.  That unique capability added value to the power tool and its dominos and justified the higher price point.

The Festool Kapex compound miter saw was also considered highly enough to justify the extra money if you had it in your budget.  The high-quality standards in manufacture, the solid nature of the saw, and the accuracy of its gauges and settings set it apart from other compound miter saws.

The Festool dust collection system is also very highly rated, as is the “systainer” system.  The latter is a plastic container system used for storage and organization of the Festool power tools.  It’s manufactured by a Festool-related company, TANOS, and is highly favored by woodworkers for their shops.

We could argue with good justification that these instances of Festool product offerings would be worth the extra money.  Their market, though, is more for the professional woodworker and not the weekend hobbyist or the occasional DIYer.  None of them made the list of beginner woodworker essentials we wrote about here.

We can not go beyond that justification to include the Festool track saw.  It’s a terrific saw and system, well made, durable, and long-lasting, to be sure.  But, it has good competition from Mikia, DEWALT, and Kreg.

Our experience with the Kreg system has been very positive, and we’ve gotten very good use out of it.  It serves all of the needs we have in our small and modest woodworking shop, and it is more than 50% less expensive than the least expensive Festool model.

As a result, we can’t justify the higher price and conclude the Festool track saw is not worth the extra money.  That is not to say we wouldn’t want one if we could afford it – it is a great saw and system.  But for our purposes, we’re well-served by our Kreg.

Here’s a pretty good video on the Kreg system setup and use, just to give you an idea of why we like ours.

Unless you have a very large budget and are a serious woodworking enthusiast or professional, you can save money and still have a very good track saw and system in your shop.  We saved the money with our Kreg model and are satisfied with our choice. 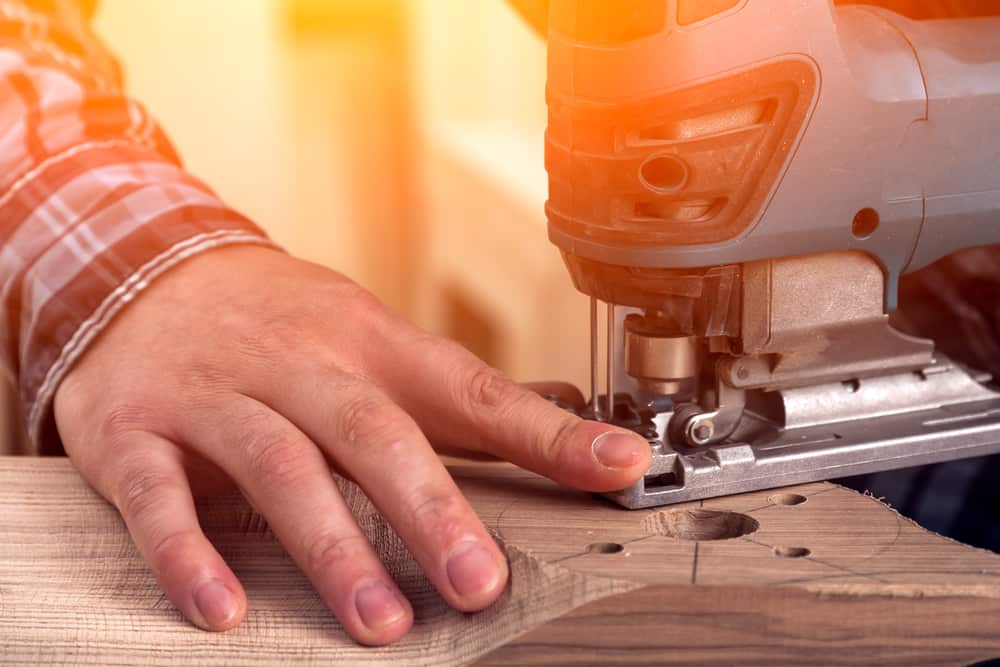